The decision, which focusses principally on the BVI court’s jurisdiction to grant standalone freezing orders in aid of foreign proceedings, confirms, where the court has personal jurisdiction over a party, the court has the common law power to grant a standalone freezing injunction against that party to assist enforcement through the court’s process of a prospective (or existing) foreign judgment. The Eastern Caribbean Court of Appeal was wrong to hold otherwise, and overturn Commercial Court’s well-regarded 2010 decision in Black Swan Investment ISA v Harvest View Ltd (BVIHCV 2009/399) (unreported) 23 March 2010. The Court of Appeal’s decision to overturn Black Swan was followed by the enacting of legislation to give freestanding injunctive relief a statutory footing in the BVI (the BVI Eastern Caribbean Supreme Court Act 1969 was amended by the insertion of a new s. 24A, to allow injunctions in support of foreign proceedings, with the new legislation taking effect on 7 January 2021). While the BVI was commended for taking swift steps to introduce legislation to address the perceived lacuna left by the Court of Appeal’s decision, the statutory changes did not address the case law relied on by the Court of Appeal in reaching its decision.

The Broad Idea appeal generated significant interest: it presented the Privy Council with its first opportunity to substantively review the law relating to the granting of freezing injunctions since its decision in Mercedes Benz AG v Leiduck [1996] AC 284 some 26 years earlier – and the board was invited to depart from a number of well-established authorities, including, most notably, The Siskina (Owners of Cargo Lately Laden on Board) v Distos Copmania Naviera SA [1979] AC 210 (“The Siskina”), the leading authority on injunctions for more than 40 years. The oard’s analysis sets out an erudite exposition of the law and practice on the grant of freezing injunctions and how this has developed since The Siskina was decided, having regard to the freezing order’s ultimate function (to facilitate the enforcement of judgments by preventing the dissipation of assets against which a judgment might be enforced) and key developments in international commerce.

Convoy Collateral Limited (CCL) applied to the BVI court for ex parte freezing injunctions in support of proceedings in Hong Kong against the defendant in those proceedings, Dr Cho, a Hong Kong resident, and Broad Idea, a third-party BVI company, and non-cause of action defendant (NCAD) controlled by Dr Cho. The freezing injunction was granted by the first instance judge, pursuant to the Black Swan jurisdiction but overturned by the Court of Appeal, which concluded, following The Siskina and Mercedez Benz, the BVI court had no power to grant a freezing order absent the existence of domestic proceedings claiming substantive relief.

The issues before the Privy Council were: (i) whether, under the BVI’s civil procedure rules (the EC CPR),the court has the power to authorise service on a defendant outside the jurisdiction of a claim form in which a freezing injunction is the only relief sought; and (ii) whether the BVI court, where it has personal jurisdiction over a party, has the power to grant a freezing injunction against that party to assist enforcement through the court’s process of a prospective (or existing) foreign judgment.

Service outside of the jurisdiction

On the first issue, the board unanimously affirmed The Siskina and Mercedes Benz, upholding the decisions of both the court at first instance and the Court of Appeal. The board held the EC CPR must be interpreted by reference to the two said leading authorities, which should not now be disturbed, and the appropriate means of changing the law in the BVI with respect to the meaning of the EC CPR was by amending the rules themselves. The board therefore dismissed CCL’s appeal against the Court of Appeal’s decision the BVI court had no power to permit service of a claim for against Dr Cho outside of the BVI.

On the second issue, however, while ultimately dismissing the appeal on the facts of the case, a 4:3 majority of the board (comprised of an enlarged panel of seven Justices) overruled the Court of Appeal’s reasoning, departing from the traditional analysis in The Siskina, Mercedes Benz and several other leading authorities and finding the granting of a freezing injunction is not contingent on the existence of substantive (extant or prospective) domestic proceedings.

Delivering the majority judgment, Leggatt LJ dispelled what the majority termed the continuing: “uncertainty and inconsistency” The Siskina has brought to the common law in this context, deeming the constraints on the court’s power to grant interim injunctions, articulated by the House of Lords, both undesirable in modern day international commerce and legally unsound.

Leggatt LJ stressed the importance of the width and flexibility of equitable powers to modify practice in accordance with principle and, where necessary, to provide an effective remedy. Such flexibility is essential for the law to keep abreast of societal changes, including the ease and speed with which money and other financial assets can now be moved around the world, the globalisation of commerce and economic activity leading to cross-border dispute resolution – and the increased use of offshore companies.

Leggatt LJ pointed to modern-day third party disclosure orders, Bankers Trust orders (Bankers Trust v Shapira [1980] 1 WLR 1274) and website blocking orders, all of which demonstrate there is no principle or practice preventing an injunction from being granted in appropriate circumstances against an innocent party, even when no substantive proceedings against anyone are taking place anywhere. Moreover, in The Siskina, the House of Lords had focused on whether a particular service out rule of court applied to an interim injunction, rather than determining more fundamental questions regarding the power of the court to grant a freezing injunction against a defendant on whom a claim had been properly served.

The majority recognised it is the 'enforcement principle'which lies at the heart of the freezing injunction jurisdiction in respect of both cause of action defendants and NCADs, and explains the jurisdiction to grant freezing orders. Leggatt LJ stressed in both cases the: “key question is whether the assets are or would be available to satisfy a judgment through some process of enforcement” (paras 85 and 88). A freezing injunction is not, on a true analysis, ancillary to a cause of action in the sense of a claim for substantive relief. The purpose of the injunction is to prevent the right of enforcement from being rendered ineffective by the dissipation of assets against which the judgment could otherwise be enforced. Once this is appreciated, it is apparent there is no reason in principle to link the grant of such an injunction to the existence of a cause of action. What matters is the applicant has a good arguable case for being granted substantive relief in the form of a judgment that will be enforceable by the court from which a freezing injunction is sought.

The test for the granting of freezing injunctions post Broad Idea

Leggatt LJ concluded a court has the power to grant injunctions against a party that owns or controls assets available for enforcement over whom the court has personal jurisdiction if it is just and equitable to do so – and set out a new threefold test for the granting of a freezing injunction (para 101), providing such an injunction may be granted where:

Leggatt LJ went on to offer the following guidance and clarification on the application of the test:

The minority, in a dissenting judgment delivered by Sir Geoffrey Vos MR, was critical of the majority’s decision, which, while not binding on lower courts, will be: “powerful obiter dicta” (paras 221-3). The minority considered the majority’s detailed review of the historical law unnecessary given the board’s unanimous decision the appeal was to be dismissed and deemed it an: “unsatisfactory way to change the law on such an important issue”. The minority expressed particular concern that decision was going to have unknown ramifications in jurisdictions which had enacted legislative workarounds to reflect the position in The Siskina and Mercedes Benz.

The Privy Council’s decision decouples the grant of a freezing injunction from the need to show a pre-existing cause of action on the basis such a requirement defeats the ultimate function of a freezing injunction – which is to facilitate enforcement of existing or prospective judgments in support of existing or contemplated foreign proceedings. A difficulty remains for jurisdictions where the procedural rules do not permit service out of a standalone freezing injunction. It remains to be seen whether the broader common law power to grant freezing injunctions triggers further litigation. For now, the judgment is the leading authority on injunctive relief in aid of foreign proceedings, which sets out the modern approach to international asset tracing.

This article was first published by Solicitors Journal. 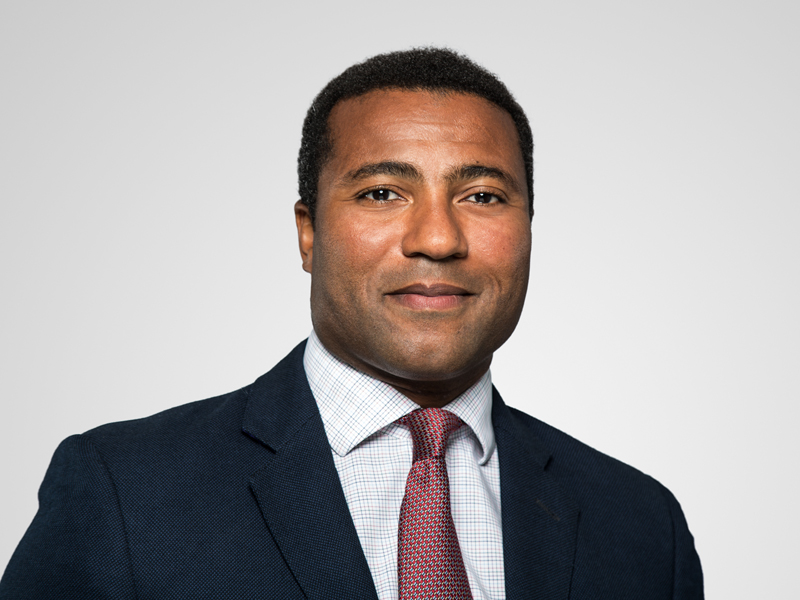 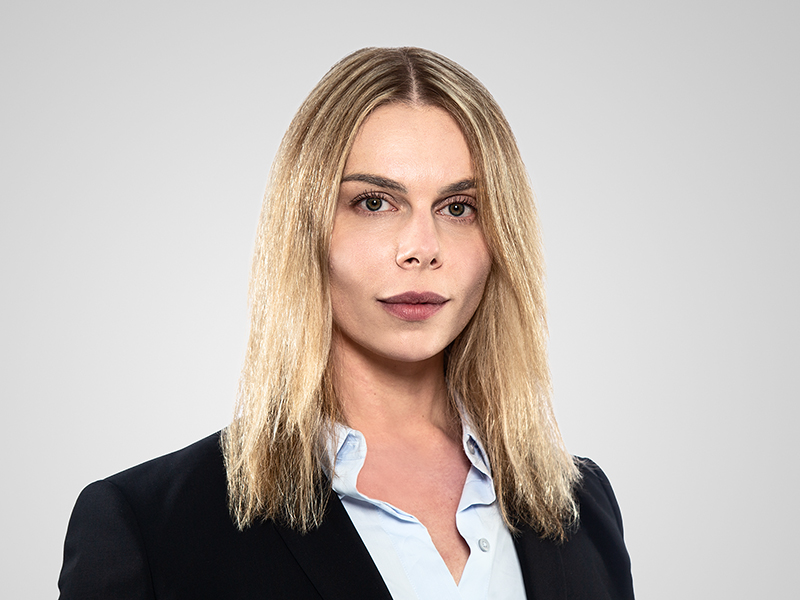