This article provides an offshore assessment of options for aggrieved beneficiaries in Asian family trusts, using the Cayman Islands and the British Virgin Islands as an example.

Trusts are popular with Asian high‑net‑worth families for preserving wealth through generations. A particular characteristic in Asia is that shareholdings in large companies, including listed companies in the region, tend to be concentrated in the hands of the family members as part of a dynastic entrepreneurial endeavour.[1]

The higher concentration of family‑held shareholders and the heightened cultural sense of privacy translate into share trusts being more prevalent in Asia. The consequence of these Asian characteristics for trusts manifests itself offshore, since the legal infrastructure in developing countries without established trust legislation is not reliable enough.

The British Virgin Islands (the BVI) and the Cayman Islands are two such jurisdictions that have statutory firewall provisions to protect offshore trusts from attack from foreign laws and judgments when disputes arise.

A common dispute in offshore Asian family trusts is between nominee shareholders (the trustees) and beneficiaries when the beneficial interest is denied in whole or in part by the trustee after the relationship breaks down. This is an obvious, but not entirely uncommon, breach of trust.

Beneficial owners holding interests through a nominee shareholder are not legal shareholders in the BVI and the Cayman Islands and, therefore, have no standing to bring members’ claims with regard to conduct and affairs of the company. They simply remain the holders of the beneficial interest. At times, a trustee may refuse to pursue a remedy on behalf of the beneficiary and that beneficiary is compelled to demand the return of legal title in order to pursue the same.

In some cases, recourse for beneficiaries to re‑assert their beneficial interest against a wayward trustee is not always easy or straightforward. Often, the nominee arrangement is not properly memorialised in a written instrument. Beneficiaries may consider pursuing personal claims against the trustee and proprietary claims to trace trust assets, including any shares held on trust.

Removal of the trustee and personal claims

When such disputes arise, the beneficiaries will want to remove or replace the trustee straight away. In a bare trust arrangement, a demand for return of trust property to the beneficiary is all that is legally required. However, this is likely to be ignored by a dishonest trustee who claims the trust property for themselves.

The BVI and Cayman Islands courts have inherent jurisdiction to ensure the proper administration of trusts and to appoint, substitute or remove trustees. Often, declarations as to the true beneficial owner are sought, with concomitant relief to return trust property to the same.

Once a breach of trust is established, the beneficiaries in such Asian family trusts may hold the trustee personally liable. However, such personal claims might not guarantee the recovery of the underlying trust assets. In most cases, the retrieval of the exact trust property is the essence of the proprietary claim, which would be difficult to achieve through a personal claim by way of damages. In these circumstances, tracing will be needed for the recovery of the original property or its proceeds. Clearly, if the only dispute is as to shares settled in a nominee agreement, as opposed to the underlying assets held by the company in which the shares are subscribed, then asset tracing will not come into it.

Aggrieved beneficiaries in Asian family trusts are in a much better position with a proprietary claim as opposed to pursuing a merely personal claim. Proprietary claims assert ownership of property in the hands of another. They confer the beneficiaries a right to recover the particular asset, which would enjoy priority over other creditors if the trustee went into bankruptcy. Another significant benefit of proprietary claims is that the beneficiaries are entitled to claim for any increase in value of the property during the period it was misappropriated, whereas with a personal claim, the amount recovered is capped to the value of the property and any judgment award would be regarded as merely unsecured debts, risking the possibility of recovery in the event of the bankruptcy of a trustee.

When considering asset tracing to recover trust assets registered offshore, beneficiaries in Asian family trusts can deploy a suite of useful tools to discover and preserve assets in the BVI and the Cayman Islands.

Established in the UK House of Lords decision of Norwich Pharmacal v Commissioners of Customs and Excise,[2]Norwich Pharmacal orders are disclosure orders against innocent third parties not involved in the wrongdoing to identify the proper defendant or to obtain information to plead a claim before issuing claims. For example, where a trustee in breach has transferred assets to another in breach of trust. In both the BVI and the Cayman Islands, registered agents are responsible for the safe custody and maintenance of the register of members, the register of directors, copies of resolutions, notices and filings. The mere provision of basic registered agent services is usually considered sufficient involvement with the alleged wrongdoing and would impose on the registered agents a duty to disclose information, which could help the beneficiaries in identifying the recipient of trust assets and eventually retrieving the same.

The Bankers Trust order, named after the England and Wales Court of Appeal decision in Bankers Trust Co v Shapira,[3] serves a similar disclosure function as the Norwich Pharmacal order. However, this type of order is only available against third parties where a prima facie case of fraud or breach of trust can be established. The information required to recover, trace or preserve the assets must also be subject to the proprietary claim. Trust beneficiaries are generally eligible to apply for such orders, as their beneficial interest in the property may satisfy the requirement for a proprietary interest in the relevant asset. Bankers Trust orders can be issued against third parties such as banks even if they do not have involvement with the alleged wrongdoing and can assist beneficiaries in obtaining information that might ordinarily be protected by the duty of confidentiality owed by a bank to its clients.

A search order is a form of interim mandatory injunction. It requires a defendant to allow the claimant’s representatives to enter the defendant’s premises and to search for, copy and remove documents or material. Trustees owe duties to beneficiaries to keep proper records of their handling of the beneficiaries’ assets. The trust and the obligations imposed thereunder entitle the beneficiary to demand sight of any document that forms part of the trustee’s record of its dealings as trustee. Beneficiaries’ rights to seek disclosure of documents are part of the relevant court’s inherent and fundamental jurisdiction to supervise/intervene in the administration of a trust. Beneficiaries can apply for search orders to demand sight of the documents in the trustee’s custody.

A stop notice, formerly known as a ‘writ of distringas’, once served, requires any person who proposes to transfer shares or take other steps affecting the shares to give 14 days’ notice to the person on whose behalf the stop notice was filed. These can help prevent certain steps being taken in relation to shares in BVI or Cayman Islands companies where a party asserts an interest in those shares.

BVI and Cayman Islands courts, among others, have the power to grant an interim injunction to preserve assets that might be controlled by the wrongdoing nominee shareholder so that beneficiaries can be less worried about the risk of dissipation of the misappropriated trust property, pending the outcome of the substantive proceedings. They can also grant freezing injunctions over assets held worldwide. However, the courts are conscious that worldwide freezing orders will not be easily granted or maintained as they can be oppressive and expensive to respondents and third parties and, if one is granted, the courts will ensure that there are sufficient safeguards by way of undertakings. With a freezing injunction, the courts can also order the defendant to provide disclosure of its assets, in order to ensure that the injunction is effective. Disclosure obligations must be complied with and any breach will be a contempt of court liable for imprisonment.

Family relationships may sour and deteriorate over time, which could be a threat to the protection and succession of family wealth. However, there are legal tools and remedies to rescue the situation when relationships break down.

Aggrieved beneficiaries in Asian family trusts should be encouraged to apply to the offshore courts for remedies to protect their proprietary interests when needed. For genuine nominees defending these claims and claiming they are both the legal and beneficial owner of the trust property, it would be advisable to preserve and collate all the evidence to prove their beneficiary ownership and interest in the trust property as much as possible.

[1] Wai Yee Wan, Court‑Supervised Restructuring of Large Distressed Companies in Asia, Hart Publishing (2022), p.12, para.1.3, describing how, in the context of large corporate defaults in Asia, the family shareholders need to be consulted 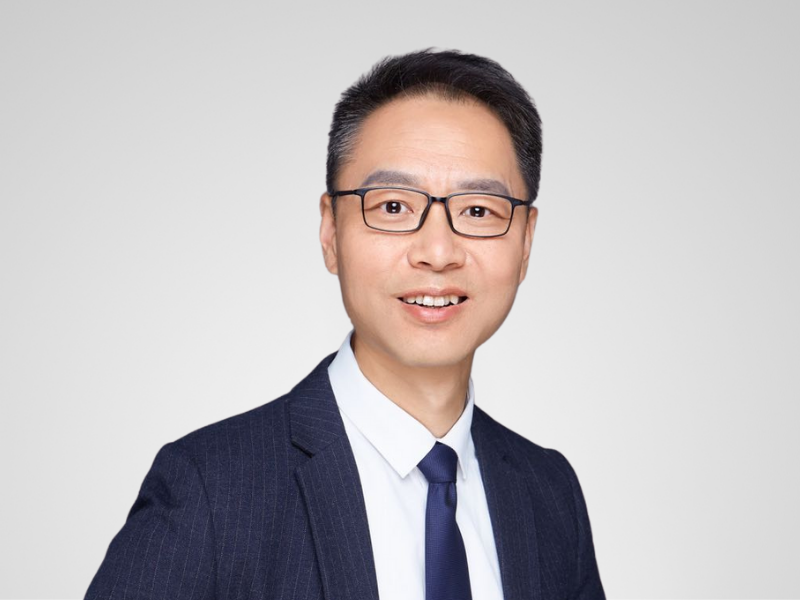