In the recent Cayman Islands’ decision of Re Seahawk China Dynamic Fund FSD 23 of 2022 (DDJ) 9 August 2022 an investor petitioned to wind up an extremely successful open-ended hedge fund on the just and equitable ground. The petitioner, Mr Lau Chun Shun, coming from the ultra-high wealth “Nine Dragon” family, was the majority holder of the participating shares of the Fund. All management shares were held by the Fund’s “Key Man”, an “extremely successful” (para 87) investment manager, Mr Hao Liang, who it was noted in the judgment “has been interested in financial markets since the age of 13” and “various internet articles describe him as an investment prodigy”.

The nature of the shareholder remedy

It was an ambitious petition. What would justify terminating a successful hedge fund? A just and equitable winding up order is a draconian and nuclear option in the relief that can be granted by a Court to an aggrieved shareholder. In fact, in the Cayman Islands, it is the only direct shareholder remedy. Its great deficiency, of course, is that it is a terminal endeavour. If the petitioning shareholder is correct, the company, or in this case, the fund, must be wound up. At the core of this remedy, is the protection of aggrieved shareholders, offering them an equitable solution where the affairs of a company are, inter alia, being conducted in a manner that results in the petitioner suffering a loss of trust and confidence in the probity of the operation of the company, or where the operation of the company results in oppression, or is prejudicial to the interests of the shareholder.

As noted by Justice Doyle at para 62, “If the actions of the directors have resulted in a justifiable loss of confidence in the management of a company, an aggrieved contributory has a statutory right to petition for the winding up of the company on the just and equitable ground. It cannot be deprived of that right merely because the company can point to other remedies which, alone or in combination, might arguably go all or some way to obtaining compensation for what has occurred. A petitioning contributory may legitimately take the view that it prefers the company to be wound up to having to pursue piecemeal a series of actions, by litigation or otherwise, or by a combination of litigation and other steps, that might be capable of redressing some, or even all, of its concerns.”

Allegations must be proven

In order to win on a just and equitable contributory petition, the allegations have to be serious. However, and indeed more importantly, they also have to be proven. The allegations raised in Re Seahawk China Dynamic Fund were serious, including allegations of financial misfeasance, regulatory breaches, serious lack of probity and above all, dishonesty. The Petition was filled with “exaggerated allegations of dishonesty and secret asset stripping” as described in the judgment, and can only have been pleaded in full knowledge that severe reputational damage, for not only the Key Man but also the Fund, would arise as a consequence. Needless to say, the Petition was vehemently opposed, not just by the Key Man but also by the majority of the Fund’s minority third party investors.

The relationship between the petitioner and the Key Man began to sour in early 2021; the precise cause of the cooling relationship remains unclear, but appeared to derive from a misunderstanding by the petitioner as to how performance fees due to the Key Man were to be calculated and paid. While the parties had agreed to pay the performance fees in kind, by transfer of a fixed number of participating shares to the Key Man, the value of which fell into issue due to (ironically) a material increase in the Fund’s NAV. Justice Doyle found that the petitioner, failing to understand the basic mechanics of fund operation, felt that he had been wronged or slighted in some way, and at perhaps his wife’s instigation really wanted to teach the Key Man a “lesson” so that the latter would “remember the pain”.

As clearly pointed out by Justice Doyle:

The test for assessing credibility in the witness box

In litigation, loose allegations do not survive forensic examination, and the credibility of witnesses is of paramount importance. The payment of performance fees was a central allegation raised by the petitioner, claiming the Key Man engaged in an “unauthorised scheme” to secretly strip away funds from the petitioner (who claimed the fees were owed to his investment management company) and from the Fund. The point was quickly dispelled on the evidence; far from the Key Man stripping away the fees, he was in fact owed substantial fees for the year ending 2021 by the Fund that had been withheld from him. Serious allegations such as this, founded on dishonesty and a serious lack of probity, tend to make a court sit up and pay attention. It was primarily on the strength of this allegation that the petitioner (wrongly) secured the appointment of provisional liquidators at an ex parte hearing in early February 2022, shortly after the petition was filed.

The Justice Doyle noted some important points as to how evidence is to be assessed in the Grand Court, citing with approval the decision of UK Secured Finance Fund plc (in liquidation) v UKSFF Subsidiary Limited (unreported 28 March 2022, Isle of Man High Court) at para 20 therein:

“It is important to bear in mind the distinction between reliability and credibility. A witness account may be tainted by unreliability for a number of reasons: in ability to remember, filing in gaps, wishful thinking, the way statements are prepared by lawyers as part of the adversarial process, to name a few. Credibility relate to the honesty and truthfulness of an account, ie is a witness lying ….”

In cross-examination it became readily apparent that the petitioner had little real understanding of the operation of a fund, nor was he confident with his own evidence. As is not unusual, at the time of the investment and subsequently, the petitioner relied on trusted advisers to do the legwork for him. The extent of this reliance became obvious during cross-examination; the petitioner did not know his own case, could not recall his own evidence, and had scant understanding of the serious allegations he had made. In delivering judgment, Justice Doyle noted:

As to one of the petitioner’s witnesses, Ms Kong, Justice Doyle held that: “Ms Kong’s loyalty was to her ‘boss’ Mr Lau. She was plainly on the side of Mr Lau. … Ms Kong could also not resist frequently trying to get in as much prejudice against Mr Liang, as she felt was possible” (para 89). It was further held that: “I am also persuaded that the ‘investigation’ undertaken by Ms Kong was not an independently, fairly, competently and comprehensively undertaken investigation. Again, there is much to be said for the submission that she had an axe to grind.”

It was further found by Justice Doyle that there was a conflict which explained this witness taking sides with Mr Lau in that: “She wanted to encourage Mr Lau to develop a business relationship with her husband and to use his fund. It was in her best interests and the best interests of her husband to ’rubbish’ Mr Liang and find fault. Her ‘investigation’ was not a professional undertaken investigation. … The partisan investigation was in effect akin to a witch hunt with a foregone conclusion in mind …” (para 125).

After a seven-day hearing, with live evidence from no less than nine witnesses, Justice Doyle had little hesitation in dismissing the petition, describing it as “what should have been a relatively simple case”, and returning operation of the fund to its Key Man.

The issue of quasi-partnership

On the allegation that the Fund was operated as a “quasi-partnership” and that the Petition had a legitimate expectation to participate in the management of the Fund:

On the allegation of a breakdown in trust and confidence Justice Doyle held:

“108. Of course there was some “trust” between Mr Lau and Mr Liang. Mr Liang “trusted” Mr Lau to come up with the money to invest and Mr Lau “trusted” Mr Liang to make a significant financial return for his family.

On the allegation of oppression, Justice Doyle held:

On this latter point Justice Doyle noted that the petitioner had not demonstrated a right to any relief from the Court.

The need to investigate

In addition to seeking the winding up of the Fund, the petitioner asked that the Court order an investigation into the allegations raised.

Justice Doyle acknowledged that the Court of Appeal in GFN Corporation Limited left open for further consideration the issue of whether the need for an investigation stands on its own as a ground for winding up a company. Justice Doyle referred to a number of Cayman Islands’ judgments which concluded that the need for an investigation can in fact stand by itself. Accordingly, Justice Doyle held that if he was going to depart from that line of reasoning, he would need to be satisfied that the other first instance judges were “plainly wrong”. Justice Doyle was not convinced that they were. Similar to the Court of Appeal in GFN Corporation Limited, Justice Doyle was not required to resolve the issue in the circumstances of the case before him. Fundamentally, the issues that the petitioner claimed required investigation in this case had already been addressed in the course of the proceedings (not least by way of two reports prepared by the provisional liquidators appointed).

From a legal standpoint, the door may remain ajar to argue that an independent investigation is not sufficient to take the “drastic step of making a winding up order and in effect killing the Company”. From a practical perspective, as a defensive strategy a company facing a winding up petition may consider welcoming an open independent investigation into its affairs by JPLs or by other means in order to nullify any concerns, such that the court may conclude, as Justice Doyle did, that “another investigation is simply not necessary”.

Refusal to wind up

The Court dismissed the Petition, ordered the petitioner to pay to the Fund the costs and expenses of the JPLs, and ordered indemnity costs in favour of the Key Man and minority investors. In addition, the petitioner agreed he was liable for costs on an indemnity basis. The Grand Court Rules envisage that indemnity costs may be granted. GCR O.62 r.4(11) provides that:

“The Court may make an inter partes order for costs to be taxed on the indemnity basis only if it is satisfied that the paying party has conducted the proceedings, or that part of the proceedings to which the order relates, improperly, unreasonably or negligently.”

The Court has held that there is no prohibition on the recovery of the costs of foreign lawyers when an order is made on the indemnity basis (Sagicor Gen. Ins. (Cayman) Ltd. v. Crawford Adjusters (Cayman) Ltd [2008] CILR 485 and Re Wyser-Pratte EuroValue Fund [2010] (2) CILR 233). Further the Court has power to order an unsuccessful pay make an interim payment on account of costs. This includes where costs are awarded on an indemnity basis.

Although an appeal is now pending, the provisional liquidators have been discharged and the fund has been returned to the control of its directors, who face the task of restoring the Fund.

Harneys acted for the successful respondent, the Key Man. 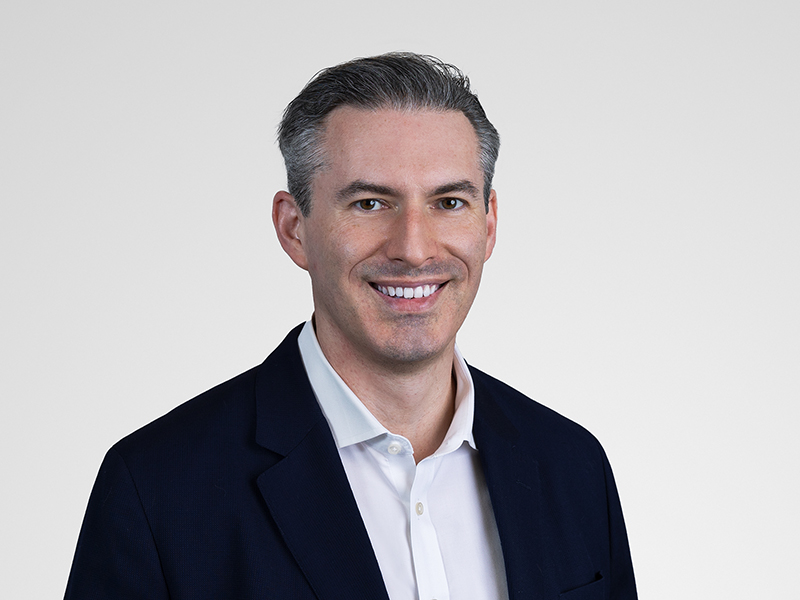