A comparative analysis of the restructuring tools available to financially distressed companies in the Cayman Islands, Bermuda and the British Virgin Islands

This article broadly discusses the key restructuring tools available in all three jurisdictions and examines, in particular, the broad-based similarities and often-overlooked differences between the regimes.

Given that the Cayman Islands, Bermuda and the BVI all have in place robust and modern insolvency regimes that remain largely faithful to their common law origins, it is often misconstrued that these regimes are identical. While it is fair to say that these regimes have wide-ranging similarities, key differences exist amongst them. These differences will only be further magnified once the Companies Amendment Act 2021 takes effect in the Cayman Islands on 31 August 2022 (Amendment Act).

The scheme of arrangement is the key debt restructuring mechanism that is commonly utilised across all three jurisdictions. Offshore schemes are broadly similar to English schemes and governed by similar principles (save for minor distinctions including, for instance, the unavailability of cross-class cram-downs and express legislation for rescue financing in the offshore jurisdictions).

In general, the provisions governing the use of schemes is practically identical across all three regimes. Accordingly, the procedure leading up to the court’s sanction of a scheme including the requisite voting thresholds for the approval of a scheme (ie, majority in number representing 75 per cent in value of the creditors or members present) is broadly similar across all three offshore jurisdictions.

In this regard, it is noteworthy that in the Cayman Islands context, pursuant to the Amendment Act, the headcount test (ie, the need to obtain the approval of majority in number) will no longer be required in the context of members’ schemes. However, in the context of creditors’ schemes, the voting thresholds remain uniform across all three regimes.

Across all three jurisdictions, an application to convene a scheme meeting in and of itself does not avail the debtor of an automatic statutory moratorium. As such, the debtor remains vulnerable to creditor claims until the scheme is sanctioned by the court. This deficiency in relying solely on schemes of arrangements as the restructuring tool of choice is commonplace amongst all three regimes. In order to find a solution to the lack of a statutory moratorium, the established procedure in all three jurisdictions (prior to the Amendment Act) has been to strategically utilise their respective provisional liquidation regimes in conjunction with the promulgation of a scheme to create the necessary breathing space for debtors. We elaborate further in the next section.

To take advantage of the de facto debtor-in-possession process available in Bermuda, the company must demonstrate that it is insolvent or in the zone of insolvency. Upon meeting that threshold criteria, the court has a broad discretion in deciding whether or not to appoint provisional liquidators, and if so, on what terms. When exercising its discretion, the court will take into account all relevant considerations, and in particular, regard will be had to the prospects of success of a debt restructuring. While the company need not present a full comprehensive restructuring plan at the time of making the application, it must be able to show a reasonable prospect of success and more than just a statement of intent or mere speculation. In making this assessment, the court will commonly have regard to the expressed wishes of the unsecured creditors.

Similarly, the BVI courts have also approved the use of “light-touch” provisional liquidators for the purposes of facilitating the restructuring of a company. In order to appoint provisional liquidators with “light-touch” powers, it is first necessary to present an originating application for the appointing of liquidators to the court. The company can then make an ordinary application to appoint a provision liquidator in circumstances where the company consents, the court is satisfied that it is necessary to maintain the value of assets, or it is in the public interest.

However, unlike in Bermuda and the Cayman Islands (prior to the Amendment Act), no automatic moratorium against creditor actions or claims arises simply by virtue of the provisional liquidators’ appointment. Nonetheless, the BVI court has shown a willingness to order contingent moratoriums within the appointment order for provisional liquidators such that the company will not have to apply for a stay each and every time a suit or action is commenced against it.

The position in the Cayman Islands prior to the Amendment Act is substantially similar to that in Bermuda whereby restructurings are implemented through the combined use of a scheme of arrangement and the appointment of provisional liquidators. This will no longer be required under the Amendment Act. Once implemented, the Cayman Islands will have a restructuring regime separate from its statutory corporate liquidation regime. This will not only enhance the regime cosmetically by liberating it from its liquidation-oriented terminology and processes but will also substantively alter the way in which restructurings can be implemented in the Cayman Islands. For example, a debtor will be able to seek the appointment of restructuring officers (rather than provisional liquidators) and will no longer need to be the subject of a winding up petition. Further, an automatic moratorium against enforcement action applies from the time the debtor files its application with the court rather than when the court makes the order appointing the restructuring officers. As a matter of Cayman Islands law, this moratorium is also expressed to have international effect, albeit it is a matter for a foreign jurisdiction whether it will recognise and give effect to that moratorium.

Unlike the position under English law, where no enforcement of security over the company’s property may take place while a moratorium is in place (except for certain financial markets collateral security charges), the rights of secured creditors is generally treated as sacrosanct across all three offshore jurisdictions. The appointment of a provisional liquidator (in all three offshore jurisdictions) or a restructuring officer (in the Cayman Islands under the Amendment Act) does not affect the rights of secured creditors. A creditor who has security over the whole or part of the assets of the company is entitled to enforce on the security without the leave of court and without reference to the provisional liquidator or restructuring officer.

Accordingly, should breathing space be sought from secured creditors, forbearance agreements should be sought and expressly negotiated with each of them.

Recognition and assistance of foreign proceedings

The insolvency legislation in BVI has two parts dealing with cross-border issues: (i) Part XVII sets out the UNCITRAL Model Law on Cross-Border Insolvency, which has not been brought into force; and (ii) Part XIX, which provides a basic statutory framework for judicial assistance in insolvency proceedings. Part XIX allows foreign representatives in certain types of insolvency proceedings (ie, collective judicial and administration proceedings in which the property and affairs of the debtor are subject to control and supervision by a foreign court), taking place in designated jurisdictions to apply to the BVI Court for assistance. However, the current position under BVI law is that a foreign insolvency official who is recognised by the BVI court will not be treated as having all the powers of an equivalent insolvency official appointed by the BVI court.

In the Cayman Islands, Part XVII of the Companies Act provides for international cooperation in insolvency proceedings and the Grand Court is entitled to provide recognition and ancillary relief to a “foreign representative” who has been appointed to a “debtor” in the course of a “foreign bankruptcy proceeding” in the country in which the debtor is incorporated. These provisions are commonly relied on for the local recognition of extant Chapter 11 proceedings in relation to companies incorporated in or subjected to the laws of the United States. In respect of Cayman Islands incorporated companies that are subject to overseas insolvency proceedings (which fall outside the ambit of Part XVII of the Companies Act), the Grand Court commonly draws on common law cross-border insolvency principles to recognise and assist overseas attempts to effect a restructuring. For instance, the Grand Court has on numerous occasions appointed provisional liquidators to companies in the Cayman Islands (at the behest of either the company or creditors) where they are subject to extant Chapter 11 proceedings in the United States.

Unlike the BVI and Cayman Islands, there are no statutory provisions relating to the conduct of cross-border insolvency proceedings or for cooperation with foreign officeholders in Bermuda. However, there have been various judicial decisions which show that the court will carefully consider cross-border cooperation, and is likely to be co-operative.

However, notwithstanding the largely facilitative approach adopted towards foreign insolvency proceedings by three jurisdictions, it is unlikely that a foreign scheme would be automatically enforceable in these jurisdictions. Like cross border restructuring the world-over, specific recognition of a compromise will also be needed, in some form, to bind all creditors. Otherwise, foreign schemes may be undermined when, for example, a dissentient creditor applies to the court of the offshore jurisdiction for a liquidation order, thereby frustrating the foreign scheme.

To mitigate this risk, it is recommended that a parallel scheme, similar to seeking a Chapter 15 recognition and/or discharge order, be promulgated in the offshore jurisdiction where the debtor is incorporated in conjunction with the foreign scheme. This is cost effective and straightforward.

Group restructurings and release of rights against third parties

In such cases, as aforementioned, it may be advisable for parallel schemes to be promulgated in each of the relevant offshore jurisdictions and for provisional liquidators to be appointed over each of the relevant offshore entities. In this regard, we note that the position under English law that allows for a scheme of arrangement to include a mechanism providing for the release or variation of creditors’ rights against third parties, including guarantors, equally applies across all three offshore jurisdictions. Offshore guarantors can therefore be released from their obligations under the offshore schemes that are promulgated in parallel with a foreign scheme.

Additional restructuring tools in the BVI

It is notable that besides schemes of arrangement, the BVI has two unique tools in its restructuring arsenal, which are not available in either Bermuda or the Cayman Islands.

First, the BVI Business Companies Act provides for plans of arrangement whereby the board of directors of a company are permitted to, amongst other things, approve arrangements to reorganise or reconstruct a company and implement the same after obtaining court approval for the proposed arrangement in accordance with the court’s directions. In practice, plans of arrangements are typically entirely consensual and represent an effective and efficient tool for reorganising companies in a single stroke (as opposed to a scheme of arrangement).

Second, Part II of the BVI Insolvency Act creates an avenue for a company in financial distress to enter into arrangements with their creditors under the supervision of a licensed insolvency practitioner and thereby restructure its debts without any court involvement. Such an arrangement can bind all creditors as long as the arrangement is approved by creditors holding 75 per cent of the value of the company’s debt with the exception that the rights of secured creditors cannot be compromised without their written consent and the arrangement cannot result in preferential creditors receiving less than they would in liquidation. Creditors’ arrangements are designed to be a simple and efficient alternative to plans and schemes of arrangements that do not require court approval.

It is clear that each of the offshore regimes have in place robust restructuring tools. If deployed properly these tools can protect businesses with offshore entities from predatory creditors while providing sufficient breathing space for business viability to be restored or, at the very least, for the general run of creditors to obtain a better recovery than in liquidation. 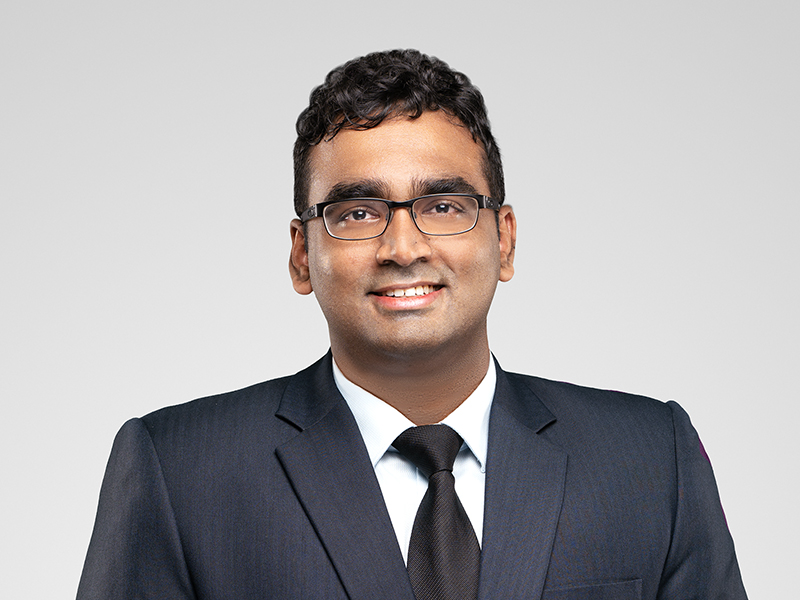