This article was originally published by Westlaw Today on 29 November 2022.

Litigation funding in the BVI

In recent years, the courts of the British Virgin Islands (the BVI) have become increasingly receptive to third party litigation funding. The BVI Commercial Court’s judgment in Crumpler & Anor v Exential Investments Inc (in liquidation) BVIHC (Com) 2020/81 confirmed that third party funding is permissible as a matter of BVI law in the insolvency context. Although third party funding arrangements had been approved by BVI courts on previous occasions, this was the first reasoned written judgment on the topic and firmly established litigation funding in the jurisdiction, though it is yet to be tested in its application outside of the insolvency context.

At present there are no legislative or regulatory provisions governing third party funding in the BVI. As such, issues relating to third party funding will continue to be resolved by the courts as a matter of common law. It is expected that the BVI courts will continue to adopt a progressive and commercial approach in allowing appropriate funding arrangements in line with a growing number of common law jurisdictions, including England & Wales, Australia, Hong Kong, Bermuda, the Cayman Islands and Jersey.

Until the recent judgment handed down in Green Elite Ltd (in liquidation) v Fang Ankong & Ors (BVIHC (Com) 2018/222) / (BVIHCMAP 2022/48), a practical issue that had not been addressed by the BVI courts was the extent to which a party can share documents obtained in proceedings with a funder.

Permitted use of documents

BVI law places restrictions on the use of certain documents produced by parties to legal proceedings. Different restrictions apply depending on the type of document involved which, by way of a non-exhaustive overview, can be summarized as follows:

It is not necessary to seek permission from the court or consent from the disclosing party/witness (as applicable) where the proposed use is permitted pursuant to the relevant restriction(s) outlined above.

In the case of disclosure and witness statements, whether an intended use is permitted will often turn on whether the use is "for the purpose of the proceedings" within the meaning of CPR 28.17 / CPR 29.12, or not for some collateral use when the implied undertaking applies.

In summary, the proceedings arose from a dispute among the business partners behind Green Elite as to whether an understanding regarding the distribution of certain sale proceeds was legally binding. Notwithstanding the dispute, the relevant transaction was completed by Green Elite and the resulting proceeds (some HK$150 million) were distributed to three employees, who were also directors of the company. An opposing shareholder then brought proceedings that led to the appointment of liquidators over Green Elite on the basis that it had lost its substratum and to investigate the circumstances surrounding the distribution of the sale proceeds.

The liquidators then issued proceedings seeking tracing remedies to recoup the sale proceeds, claiming that the directors breached their duties and should account for the sale proceeds. Soon after the proceedings were commenced, the liquidators successfully applied to the court for an order authorising a third party funding arrangement with a Dutch entity, Delco Participation BV, which is also a 50 per cent shareholder of Green Elite.

On 17 January 2022, the BVI Commercial Court handed down judgment finding that the sale of the entirety of Green Elite’s assets and the consequent distribution of the sale proceeds to the company’s directors did not meet the proper purpose test under section 121 of the BVI Business Companies Act 2004 and were therefore liable to be aside. The court ruled that the company was entitled to trace the sale proceeds and found the directors jointly and severally liable to account for all the monies received from the sale proceeds.

Soon after judgment was handed down, a post-judgment injunction was obtained which included, among other injunctive reliefs, a worldwide freezing injunction against the first defendant.

The freezing injunction included an order for ancillary disclosure requiring the first defendant to disclose details of his assets, initially in the form of a lawyer’s letter and then in the form of a sworn affidavit. The injunction included the usual express undertaking that the party receiving the disclosure would not, without the permission of the court, use any information obtained as a result of the disclosure order for the purpose of any other proceedings.

The liquidators filed an application seeking permission to share the asset disclosure with the third party funder. The purpose for sharing the information was to allow the funder to consider the proportionality and appropriateness of further litigation expenses in the proceedings. In support of the application, the funder provided an undertaking that (i) it would not disclose any information contained in the asset disclosure to anyone (save for its legal counsel) and (ii) it would not use the documents or information contained therein for any purpose other than to consider the funding of any steps to be taken post-judgment by Green Elite.

Bearing in mind that the intended use of the information was for the purpose of the same proceedings, the application was made out of an abundance of caution.

The application was opposed on various grounds, including that it was necessary for the litigation funding agreement itself to be disclosed (which disclosure was resisted on grounds of legal privilege). It was also asserted that the disclosure includes the first defendant’s confidential financial information and that it was not necessary for the liquidators to share this information with the funder. Further, it was argued that the proposed use of the documents was purely to seek a litigation advantage in related Hong Kong proceedings (notwithstanding that the trial of those proceedings had been completed and the parties are only awaiting delivery of final judgment).

At a hearing that took place in July 2022, the application was granted by Justice Jack [Ag] of the BVI Commercial Court. In permitting disclosure to the funder, Justice Jack relied on the principles laid down in Caldero Trading Ltd v Beppler [2012] EWHC 1609 (Ch), an English High Court judgment involving the issue of sharing compelled disclosure with a third party funder.

On 20 October 2022, the EC Court of Appeal dismissed the appeal in a lead judgment by Justice of Appeal Godfrey Smith [Ag].[2]

Considering that the freezing injunction included an express undertaking and that the compelled asset disclosure was provided in the form of a letter, a witness statement and an affirmation, the EC Court of Appeal found at paragraph 28 of the judgment that “[w]hether one looks at the express undertaking given by the respondent in the order (set out at paragraph 8 above) or CPR 28.17 or 29.12, the use of the information by the litigation funders is ultimately in or for the purposes of the proceedings”[3]. In so doing, the Court found that sharing the disclosure with the funder was for the purpose of the proceedings in which the disclosure was given and was therefore a permitted, and not collateral, use.

The EC Court of Appeal’s judgment upheld the lower court’s reliance on Caldero and, in so doing, provided a helpful distillation of the key principles arising from that judgment.[4]

In addition, the EC Court of Appeal held that all three forms of compelled disclosure (the disclosure letter, the witness statement and the affirmation) also passed the implied undertaking test at common law.[5] The Court framed the matter as follows: “can the use to which Delco intends to put the disclosed documents – “to consider the proportionality and appropriateness of further litigation expenses in these proceedings” – be properly construed as ancillary to that for which the disclosure order was made, namely, to police or ensure the efficacy of the freezing order, or is it for an ulterior purpose?”[6]

Finding that the intended use is plainly ancillary to the freezing injunction, the EC Court of Appeal upheld the BVI Commercial Court’s findings in this regard[7], including that:

In support of the conclusion that the funder should be entitled to examine the compelled asset disclosure, the judgment quoted the following passage from the English Court of Appeal’s judgment in Excalibur Ventures LLC & Ors v Texas Keystone Inc & Ors [2016] EWCA Civ 1144:

“Litigation funding is an accepted and judicially sanctioned activity perceived to be in the public interest. What the judge characterised as ‘rigorous analysis of law, facts and witnesses, consideration of proportionality and review at appropriate intervals’ is what is to be expected of a responsible funder…”[8]

The EC Court of Appeal also upheld the finding at first instance that in circumstances where there is no question as to the status of the funder or that the funding arrangement exists, the exact terms of the funding agreement are immaterial in determining whether the intended use is permissible.

As a cautionary point, in Green Elite permission was sought for the narrow purpose of allowing the funder to assess the appropriateness and proportionality of litigation expenses in the proceedings. Any use which extends beyond the proceedings in which the documentation/information was disclosed will almost certainly be considered a collateral use, thereby requiring leave of the court (unless one of the exceptions apply in CPR 28.17 or CPR 29.12, as applicable). It is also worth noting that should the proposed sharing of information/documentation with a funder become a live issue, the BVI courts may require the funder to give an appropriately robust undertaking, including that the documents will be kept confidential and will only be used for the purpose of the proceedings.

In any event, the EC Court of Appeal’s ruling in Green Elite should provide funded litigants with a significant degree of comfort when assessing whether or not leave of the court is required before a document or information can be passed on to a funder. The decision also demonstrates that BVI continues to be a funder-friendly jurisdiction, which adopts a pragmatic view as to the commercial needs and rights of third party litigation funders. 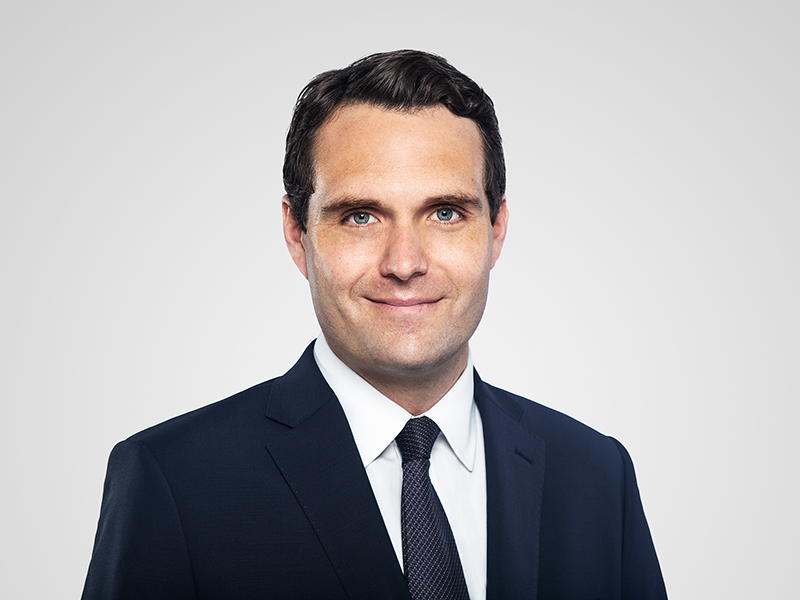