Over the past few years, there have been dramatic changes in the way high‑net‑worth (HNW) families in Hong Kong, Singapore and Asia Pacific in general now look at succession planning and the importance and value such planning can have in the preservation of wealth for future generations. With many such families owning operating businesses, to some extent COVID‑19 has created a sense of urgency to make sure the right planning and individuals are in place to help continue their legacies. Very commonly, the selected structures will involve a Cayman Islands or British Virgin Islands entity. The nature of the assets held by families has also changed with the introduction of cryptocurrency, as well as growing demand, and a perceived need, for family offices.

Both Cayman and the BVI have a wide variety of succession planning options that a HNW family will consider attractive, especially where an operating business is held and there is a desire to keep it within the family and for family members to be able to retain elements of control over its management in the future.

The most common form of discretionary trust structure used by HNW families, subject to advice in the countries where the family members are resident and domiciled and where the assets are situs, is the reserved powers trust. The popularity of reserved powers trusts is due to the fact that they allow a settlor to reserve certain powers for him or herself (or to confer such powers on others) under the terms of a trust instrument, and Cayman and BVI both have comprehensive statutory legislation confirming that the reservation of such powers will not invalidate the trust. Some of these powers include: the power to add and remove trustees, make alterations to the class of beneficiaries and change the proper law and forum of administration of the trust. It is also possible to reserve powers to direct the trustees in relation to the investment of the trust fund (eg to ensure that a family business is retained in the trust) and distributions over trust income and capital, both of which are appealing to HNW families who wish to implement a comprehensive succession plan, but retain a level of control.

The BVI’s specialist legislation in this area is the Virgin Islands Special Trusts Act, 2003 (VISTA), which disengages certain traditional trustee duties in relation to certain trusts that own shares in BVI companies. While a BVI company’s shares are held in a VISTA trust, the directors of that company are free to administer the company as they see fit, without intervention from the trustee (except in extreme circumstances). Thereby key family members may be involved by controlling the BVI company as director (subject to the usual onshore advice), so retaining control of the underlying assets within the limitation of the structure. In addition, key family members may, under the office of director rules, take up the office of appointor, which is a specific feature of VISTA and allows the appointor, which can be a committee of family members or trusted advisors, to have control over the members of the board of the BVI company.

This solution is key for families looking to put succession planning in place and still retain some level of control. It provides the classic succession planning solution without the family having to give up significant control, which is often a deal‑breaker for HNW families in the region. VISTA trusts also allow for the option of the future disapplication of VISTA on a certain event during the lifetime of the trust, enabling a VISTA trust to convert into a pure discretionary or reserved powers BVI trust, perhaps on the death of the settlor, should the settlor be concerned that the family will not be able to manage certain affairs appropriately after their death.

Cayman also has specialist legislation in the form of the Special Trusts (Alternative Regime) Law 1997 (STAR). A STAR trust may be established in perpetuity, and this is a key consideration for Asian families. In essence, a family can establish a dynastic structure where future generations of a family may enjoy the benefits of one trust. A STAR trust is also ideal for holding family company shares and allows the family through its board of directors to manage and control the family assets. Another benefit is that a STAR trust usually limits the rights of the beneficiaries, which can be very appealing to traditional Asian families, for example, by removing any ability beneficiaries may have to request or require disclosure of trust documents from the trustee.

Cayman and BVI have built a reputation as leading jurisdictions in which to incorporate private trust companies (PTCs). Setting up a PTC allows settlors or their trusted advisors or family members to exercise a degree of control over the decisions made by the PTC. By sitting on the board of directors of the PTC, a HNW family is able to make decisions as and when required, and these decisions can be made expeditiously without having to wait on an independent trustee to deliberate on matters.

PTC structures also allow a HNW family to set up any number of different trusts under the PTC, allowing for assets to be ring‑fenced or enabling there to be individual trusts for different family members.

PTC structures have become a popular option in Asia for families looking for pre‑initial public offering (pre-IPO) structuring, as well as integration with family office solutions, complementing both onshore and offshore structures.

The Cayman Foundation Companies Law, 2017 allows a foundation company to be established for those clients who are seeking an alternative to trusts. In civil‑law jurisdictions in particular, the foundation company is more easily recognised by clients and it has grown in popularity in China, Indonesia and Thailand because of its flexibility in holding family wealth and businesses.

As well as providing for its management by directors or their delegates, a foundation company’s constitution (its memorandum and articles of association) may give rights, powers and duties of any type to members, directors, officers, supervisors, founders or others concerning the foundation company. This allows family members to be more involved in the day‑to‑day running of the foundation company if that is desired, but ultimately the potential with foundation companies is vast, as they are extremely flexible vehicles.

Popular structures in Asia in practice

There are specific common scenarios in Asia where Cayman or BVI structures have proved particularly popular, such as the following.

The general risks involved in holding cryptocurrency as part of a trust fund have been extensively debated in the private wealth industry over recent years. There is no doubt that a trust can provide an effective solution for individuals looking to put in place effective succession planning for their digital assets, but professional trustees have been, and remain, cautious and often reluctant to hold assets of this nature due to their volatility and risk, and difficulties in aligning such holdings with the trustee’s various fiduciary duties, including the duty to safeguard the trust assets and preserve their value.

A BVI VISTA trust can provide an excellent solution to this quandary by diluting the trustee’s responsibilities in relation to the digital assets and instead allowing the settlor, or others, as directors of the BVI company in the trust to take a hands‑on approach in managing the digital assets.

Cayman foundation companies are also very commonly used as a succession vehicle in holding digital assets due to their inherent flexibility and the fact that they can exist without shareholders.

Prior to the IPO of their company, many founders take the opportunity to undertake a detailed review of their company structure and personal succession plans with their key trusted advisors, which will include seeking advice on asset protection and tax planning. Frequently, this will lead to the founders (as well as some key executives) choosing to establish a trust to hold their shares prior to the company being listed. Successful IPOs can mean a sudden influx of liquidity, which needs to be planned for in a comprehensive and secure way.

These pre‑IPO trusts may involve structures for the founder’s own family, an employee benefit trust or similar scheme for the employees of the company, and often a philanthropic vehicle. Such trusts will often be set up in parallel, with the same governing law and trustee. Owing to the variety of sophisticated options in this space, as described above, Cayman or BVI are commonly chosen as the jurisdiction to govern the trusts put in place prior to the IPO.

The various difficulties and complications, many directly resulting from COVID‑19, that HNW families in Asia have been facing over the past two years have highlighted the importance of putting in place appropriate succession planning to assist in the effective transfer and preservation of wealth. These issues have become central in the minds of HNW families in Asia and, owing to their familiarity with Cayman and the BVI, structures in these jurisdictions have proved to be increasingly popular since early 2020. The variety of options that allow for effective succession planning, but at the same time afford a good level of control to family members or their advisors, means that bespoke solutions can be developed for all such HNW families. Consequently, we continue to see tailored structures being set up in Cayman and the BVI for HNW Asian families, which on the one hand are sufficiently solid and sustainable to exist for generations to come, but on the other are flexible enough to evolve over time with the often changing needs of such families in an ever changing world. 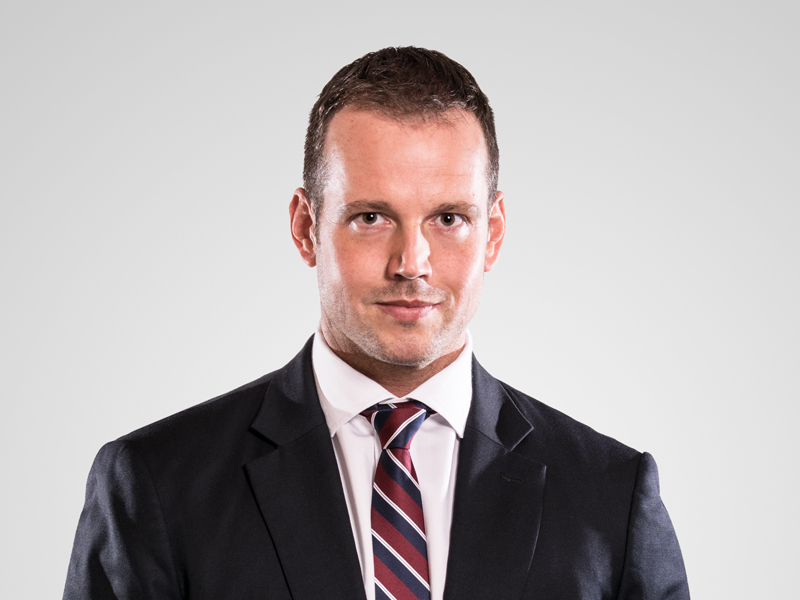