The offshore advantage: M&A in the BVI

By most measures, 2021 has been a banner year for M&A globally, and across our key markets in Asia, the US and Latin America in particular. As a prominent law firm in the BVI, Harneys has consistently worked on large and complex mergers and acquisitions (M&A) involving BVI companies. Our experience includes the jurisdiction’s largest ever public merger, complex takeovers effected by court driven schemes and plans of arrangement, and a full range of public and private share sales. The rise of SPACs, which are often incorporated offshore, has added a new engine to offshore M&A, and this impact is likely to increase further given the amount of "dry powder" in these vehicles.

The BVI’s modern and flexible corporate statute, the BVI Business Companies Act 2004 (the Act) has been tailored to facilitate, and the ease of exit continues to be a key factor driving the use of BVI structures for global investments. In this article, we reflect on why the BVI remains at the forefront of global M&A, and on some of the key features of M&A practice in the jurisdiction.

Perhaps the biggest advantage of the BVI is the range of acquisition tools available.

There are four main methods of acquiring a BVI company: (i) a straightforward share purchase or contractual offer, (ii) a statutory merger, (iii) a scheme of arrangement and (iv) a plan of arrangement. Ultimately, which structure is most appropriate will depend on the facts of a particular case, including the nature of the selling entity, the onshore tax treatment and the preferences of individual clients and their advisers (US based clients, for example, may have a preference for mergers as the mechanism most often used in their home jurisdiction).

Probably the simplest and still the most common way of conducting an M&A transaction, at least in a private context, is a contractual share purchase. Essentially, the existing shareholder(s) agree to sell and the buyer(s) agree to buy the shares. Although from a BVI legal perspective the only document required for a transfer of shares is a written share transfer instrument (a short, straightforward, one-page document) in all but the simplest intragroup transaction there will also be a share purchase agreement setting out the commercial terms of the sale. The purchase agreement will set out the consideration structure and any adjustment mechanics; buyer protection in the form of representations, warranties and indemnities; seller protections such as limitations on liability and disclosure; deal with any conditionality; and set out the completion arrangements. The last of these is often the only part of the purchase agreement in which BVI law will be a major factor but is seldom controversial. Provided the basic requirements of BVI law are adhered to, there is no issue with buying or selling BVI shares using a contract governed by a foreign law.

The only real disadvantage of the contractual offer structure is that in the context of a company with a large shareholder base it only binds shareholders who are willing to sell. This risk to the buyer can be managed contractually (for example through conditionality in the purchase agreement). If a buyer ultimately acquires more than 90 per cent of the issued shares he can avail himself of mandatory squeeze-out provisions under BVI law, which are similar to those in the UK.

When the BVI first introduced its merger code, the drafters looked at Delaware and Canada for guidance and the provisions of the Act will be familiar to anyone with experience of mergers in North America.

The key procedural requirement is that the directors of each constituent company must approve a Plan of Merger setting out the details of the parties and the terms of the merger.[1] This must also be approved by the shareholders, unless the merger is between a subsidiary and a parent (unlikely in an M&A deal). Unless a higher threshold has been specified in the Mem & Arts the approval threshold is a simple majority vote.

The parties will also need to execute Articles of Merger and file these with the Registrar of Corporate Affairs in the BVI. The merger is effective when these documents are accepted by the Registry, which for a small additional fee offers a premium service for faster turnaround (on one major deal we worked on, within 30 minutes of filing).

A merger may be between two BVI companies (most often a BVI SPV established by the buyer specifically to act as the non-surviving company in the merger) or between a BVI company and a foreign entity. Regardless of whether the target company or the merger sub is the surviving entity, the obligations and assets of the BVI target will flow to the surviving entity.

Similar to the role played by a purchase agreement in a contractual offer, the relatively straightforward BVI documents are likely to be supplemented with a longer merger agreement, setting out in more detail and putting on a contractual footing the commercial terms of the merger. That merger agreement does not have to be, and often is not, governed by BVI law.

A scheme of arrangement is a statutory, court sanctioned process, which was initially envisaged as a restructuring tool, but which has become a popular method of acquiring companies in a number of common law jurisdictions (in particular the UK, where it is used for the vast majority of public takeovers). The process involves the applicant (invariably the target company) first seeking a court order to call a meeting of the effected “creditors” (the shareholders). If the transaction is approved by more than 50 per cent in number and 75 per cent in value of the members of each “class”[2] of creditors, it will proceed to a court hearing for final approval (“sanction”). The key documents are the various court applications and supporting documents and the circular to members.

There may also be an ‘implementation deed’ or some other form of contractual framework between the buyer and target company setting out the terms on which they will cooperate to pursue the scheme.

Since Harneys acted on the BVI’s first takeover by scheme of arrangement in 2010 there have been a number of others, although the cost and relative complexity of involving the court means that it is not suitable for every transaction. Schemes do have the key advantage that court sanction makes it virtually impossible for them to be subsequently challenged or derivative actions brought by aggrieved shareholders.

Another benefit is that the scheme is binding on all shareholders and the right to dissent and claim fair value for shares under section 179 of the BCA is only permitted ‘if the court allows’ and is not automatic (a right which otherwise applies for various corporate transactions including mergers and mandatory squeeze-outs). Consequently, for reasonably large M&A transactions where a comfortable majority of shareholders are likely to be in favour but a minority will be stringently opposed, a scheme can be the ideal instrument to give both the buyer and the target company management certainty and minimize post-closing legal risk.

A plan of arrangement is a statutory process similar to a scheme which can be used for mergers, consolidations, and sales of shares or assets (and certain other corporate actions). The BVI legislation is closely modelled on the statute in Canada, where plans are a common alternative to statutory mergers.

A plan of arrangement can be initiated by the directors of a BVI company if they have determined it is in the best interests of the company and relevant third parties (eg the shareholders and/or creditors). The directors will apply for the court for an order approving the plan, and it is at the discretion of the court to determine who is required to be given notice of the transaction and what additional approvals, if any, are required. In theory, this opens the possibility that the directors could use a plan to sell the company without getting approval from or even giving notice to the shareholders, although in practice it would be very unlikely that a court would approve such a transaction.

While plans have not yet been widely used for takeovers in the BVI, Harneys acted on the first ever plan of arrangement in the BVI under the Act and it represents a potentially simpler and more cost effective alternative to a scheme in some circumstances.

While it would be a slight exaggeration to say that the answer to any BVI corporate law question is ‘yes, if the Mem & Arts allow it’, it is certainly true that the BVI corporate regime is extremely flexible. This flexibility means that it is very rare for a purely legal issue to delay closing a BVI deal.

There are a few key differentiators between the BVI and many other jurisdictions which can be helpful in the context of an M&A transaction:

The legal system in the BVI is based on English common law, while its corporate statute has taken provisions and best practices from a range of jurisdictions including the US (principally Delaware), UK, Canada and Australia. As a result, BVI corporate law works harmoniously with the law of contract in other common law countries, and it is not unusual to have the principal transaction documents governed by a different governing law – for example a US law governed merger agreement or an English law governed SPA.

When the parties do decide to use BVI as a governing law, or where the choice of acquisition tool mandates it (such as a scheme of arrangement) they get access to a sophisticated legal system with ultimate appeal to the UK Privy Council. In addition, English case law is persuasive in the BVI, which means that lawyers have the advantage of a huge body of precedent from one of the world’s largest legal jurisdictions for M&A transactions.

Since 2019, BVI companies have been required to have economic substance in the jurisdiction if they conduct certain “relevant activities” in the jurisdiction (see further here). All BVI companies, whether they conduct a relevant activity or not, are required to report annually to the BVI’s International Tax Authority, with the scope of that report depending on what they do and whether they are tax resident outside the BVI.

Economic substance has not proved a deterrent to M&A activity here. It is principally a due diligence issue and, in our experience, seldom a fatal one. BVI advice is however needed on whether or not specific warranties, indemnities or covenants are required to deal with pre-existing liabilities, and to ensure there is no change in status, and all relevant reports are filed, between signing and closing.

The BVI is one of the easiest countries in the world in which to undertake everything from billion dollar mega-mergers to the sale of non-trading holding companies owning a few acres of real estate. The diversity of acquisition options, allied with a flexible corporate legal system means that a structure can be found that will suit any client’s needs. The BVI government and regulators recognize the importance of keeping the jurisdiction ahead of its peers, and Harneys works closely with these bodies and other industry stakeholders to develop innovative solutions and ensure that it evolves to meet the demands of clients around the world. Harneys continues to be at the forefront of this exciting area of law, and involved with some of the largest and most innovative transactions taking place today.

[2] Calculating the relevant classes for the purposes of a scheme is not straightforward (it does not follow that because a company only has one class of shares in issue, they can all vote as one class on a scheme). Under case law, “a class must be confined to those persons whose rights are not so dissimilar as to make it impossible for them to consult with a view to their common interest”. 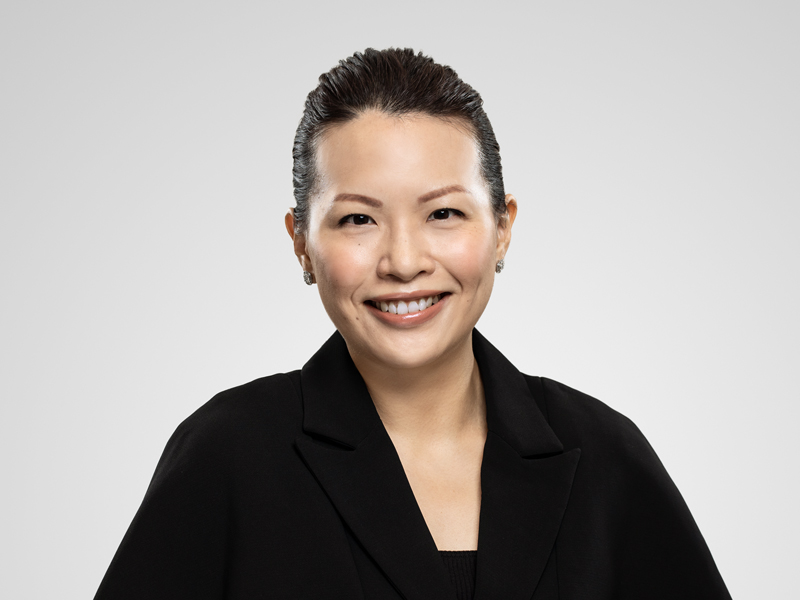