Under the Beneficial Ownership Secure Search System Act (the BOSS Act), all companies and limited partnerships registered in the British Virgin Islands (BVI) are required to report information regarding their beneficial ownership. The information must then be uploaded by their registered agent (RA) onto a confidential secure database, which is only accessible by competent regulatory authorities. There are exemptions for certain investment funds and listed companies (and their subsidiaries) and licensees under financial services legislation.

The BOSS Act originally came into effect on 30 June 2017 and, broadly, created a secure database of beneficial ownership interests in companies incorporated in the BVI to be accessible by certain BVI competent authorities to enable the BVI to comply with commitments made to the UK in April 2016.[1]

Since then, the BOSS Act has been amended on numerous occasions – most notably, to expand the beneficial ownership reporting obligations to other forms of “corporate and legal entity” (Entity), which now includes all companies and limited partnerships registered in the BVI, and also to introduce the reporting regime under the Economic Substance (Companies and Limited Partnerships) Act 2018 (the ES Act). Whilst the BOSS Act can be relatively simple to apply to direct ownership structures, applying the legislation to corporate groups or complex ownership structures such as trusts and understanding the precise interaction with the economic substance reporting regime can be complex.[2]

As a result, all BVI companies and limited partnerships are subject to certain obligations under the BOSS Act. The practical impact of those obligations varies widely depending on the Entity’s business activities, tax status and ownership structure.

From a client’s perspective, it is important to note that the key obligations under the BOSS Act fall on an Entity rather than its registered agent (RA) – although RAs still have an important role to play in submitting the information onto the database and verification against the information they hold for AML/CTF purposes. Entities and their directors (or general partners) and operators should be aware of their obligations under the BOSS Act, as the potential penalties for non-compliance are significant.

No, information on beneficial ownership disclosed in the BVI under the BOSS Act is not publicly accessible.

Alongside the other UK Overseas Territories and Crown Dependencies, the BVI has also committed to work in collaboration with the UK government towards a publicly accessible register of beneficial ownership for companies, in line with international standards and best practices as they develop globally and, at least, as implemented by EU Member States at some point in 2023 in furtherance of the EU’s fifth Anti-Money Laundering Directive. Those developments are beyond the scope of this guide but it seems likely that beneficial ownership reporting will be an increased area of regulatory scrutiny in future and it is therefore timely to revisit the existing requirements under the BOSS Act.

Who is required to report beneficial ownership information?

Broadly, the BOSS Act imposes continuing obligations on all Entities to identify and report certain information regarding their beneficial ownership, subject to certain exemptions.[3]

An Entity which is an “exempt person” and its RA are broadly exempt from such obligations, provided that the Entity does not carry on any “relevant activity” for the purposes of the ES Act. The exempt person definition includes an Entity that:

The majority of investment funds regulated under the SIBA should fall within limb (a) of this exemption, as there is an express carve-out from the definition of relevant activity in the ES Act for "investment fund business".

However, as of 1 October 2019, any licensee which was previously an exempt person but which carries on any relevant activity (for example, “banking business”, “fund management business” or “insurance business”) will no longer qualify as an exempt person.

What information does my Entity need to identify?

Unless it is exempt, an Entity must:

The details of an Entity’s immediate or ultimate parent are strictly related to the economic substance reporting information but are mentioned here for completeness as, in practice, an Entity is likely to wish to consider such definitions whenever there is a change to its direct or indirect ownership or control.

Who is a beneficial owner?

A beneficial owner is “the natural person who ultimately owns or controls” the relevant Entity.

A natural person means a real individual, so a company, partnership, trust or other type of legal entity or undertaking cannot be a beneficial owner under the BOSS Act.

The definition includes (but is not restricted to):

Persons holding interests jointly (whether as joint owners or tenants in common) are each treated as a beneficial owner for these purposes. There are also certain carve-outs and special provisions for security interests and exposures to financial performance of an Entity arising under derivatives or similar contractual arrangements or where there is a bona fide dispute regarding beneficial ownership which is being adjudicated by a court or tribunal.

What is a registrable legal entity?

Broadly, an RLE is a type of entity through which it is considered unnecessary to trace beneficial ownership further. The definition is similar to – but slightly wider than – the “exempt person” concept.

An RA is not required to identify any beneficial owner of an Entity holding its interest, directly or indirectly, in the Entity through an RLE (provided it identifies the RLE for that purpose).

An RLE in relation to an Entity is a legal entity which:

Unlike a beneficial owner, an RLE must be an entity. In our view, this means that, in the case of partnerships or other forms of legal arrangement, it is necessary to determine whether the partnership or arrangement has separate legal personality.

What and when must my Entity report?

These requirements came into effect for companies from 30 June 2017 but, in the case of limited partnerships:

In practical terms, the 15 day deadline may be quite short. Entities should ensure that they are able to identify their beneficial ownership and gather the prescribed information from their owners and controllers promptly – for example, under their constitutional or investment documents.

The potential penalties for non-compliance under the BOSS Act are significant and range up to US$250,000 and/or 5 years imprisonment.

How is my Entity’s information stored?

Each RA is required to establish and maintain an RA database. The RA must enter particulars of the BO Information for each Entity for which it acts as RA within 15 days of being notified by an Entity of a change or otherwise becoming aware of a change of any of the prescribed information relating to the beneficial owner(s) or RLE(s). Information maintained by an RA on an RA database shall be maintained for all Entities for five years following the dissolution of the Entity or the Entity otherwise ceasing to be a “corporate and legal entity”.

Entities’ information is stored on a secure encrypted system and subject to robust procedural safeguards under the BOSS Act. Certain designated persons have access to the system from a physically secure premise and secure IT system. The designated person can be required to search the system if required to do so by a senior officer of the Financial Investigation Agency, Financial Services Commission, International Tax Authority or the Attorney General’s Chambers either in compliance with applicable law or in response to a valid request from the UK National Crime Agency Financial Intelligence Unit, although the International Tax Authority also has access to the economic substance information on the system.

If you have any questions or would like further advice regarding the beneficial ownership or economic substance reporting requirements, please contact the author or your usual Harneys contact.

[1] Harneys’ original guide published around the introduction of the BOSS Act is available via this link.

[2] Except where otherwise stated, this guide is generally concerned with beneficial ownership information reporting requirements and does not deal with economic substance reporting. Harneys’ guides to the ES Act and related reporting obligations are available via this link.

[5] The concept of a “parent” is discussed at note 4 above. “Immediate parent” means any entity or entities that own(s) directly 25 per cent or more of the ownership or voting interests in the Entity (and the immediate parent may be a corporate or a non-corporate entity, for example, a partnership). “Ultimate parent” means an entity that meets the following criteria: (a) it owns directly or indirectly a sufficient interest in the Entity such that it is required to prepare consolidated financial statements under accounting principles generally applied in its jurisdiction of residence, or would be so required if its equity interest were traded on a public securities exchange in its jurisdiction of residence; and (b) there is no other entity that owns directly or indirectly an interest described in paragraph (a) above in the first mentioned entity. 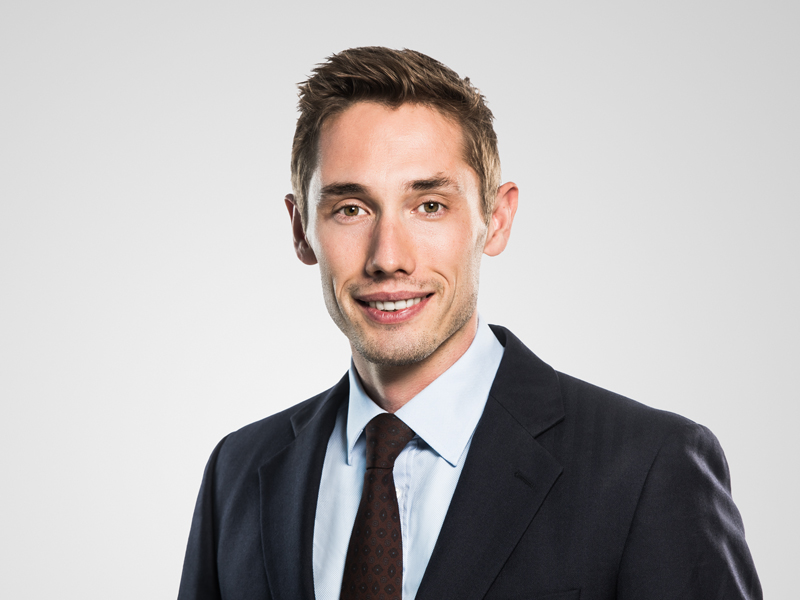